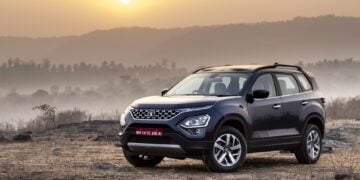 This Incredible Safari Is the Real-Life Jungle Book

This Incredible Safari Is the Real-Life Jungle Book

There’s an area in the heart of India where albino ghost timber spread their gnarled roots across the forest ground, and Bengal tigers stalk through teak leaves, where villagers in saffron and sapphire saris wave from the side of dusty roads. Sloth bears do their gradual dance through tall grasses, and baya weaver birds flock to their nests towards smoldering marigold sunsets. This is the Seoni forest in Madhya Pradesh, and even in case you’ve by no means been there, all of us recognize this jungle. The place stimulated Rudyard Kipling’s seminal work, The Jungle Book. Whether you study the tales as a toddler or understand them through one in all Disney’s silver display screen diversifications, Mowgli’s forest exists as every day, the mythic narrative of the darkish, foreboding jungle wherein nature regulations perfect.

“It turned into seven o’clock of a completely heat nighttime in the Seeonee hills …” begins the first of Kipling’s Jungle Book stories. I’m reminded of this sultry wilderness as our jeep pulls as much as the open-air welcome area of Pench Tree Lodge on the outskirts of Pench National Park. I’ve come to Kipling’s forests to immerse myself in India’s wild, remote herbal splendor and, with a bit of luck, catch a glimpse of Mowgli’s nemesis, the Bengal tiger Shere Khan.

Born in Bombay (cutting-edge-day Mumbai), Kipling spent his adolescence in Britain earlier than returning to India in 1882. Even though the jungle provided the muse for his collection of memories, maximum scholars agree that Kipling is the muse for his memory never really frolicked in the vicinity. The creator penned the ebook after he moved to Vermont in 1894. Some experts credit his descriptions of the Seoni forests to pix he noticed in snapshots and the English author and naturalist Robert Armitage Sterndale’s Seeonee: Or Camp Life on the Satpura Range. Whether Kipling set foot right here or not, as I meander down a torch-lit route closer to the treehouse I’ll be slumbering in, it’s obvious why the writer was so enraptured by way of the location. The flaming solar turns the sky from purple to mauve, the ultimate rays of light winking via the waist-excessive grasses flank the trail. A choir of cicadas fills the feverish dusk with its hum, and past the twisted mahua trees that wind around my treehouse, the shadowy jungle stands sentinel.

The following day starts offevolved at the front of the lodge with a warm masala chai tea that sends its steam into the morning’s dark predawn sky. Hoisting myself up into an open-air jeep, we careen over bumps and potholes, racing the growing solar towards the park’s Karmajhiri gate. Once inner, our guide and naturalist Chinmay indicates to me how he is with the herbal surroundings in the song.

“Listen,” he whispers, retaining up a finger as the first golden light floods the woodland.

Our ears are pricked to the excessive-pitched, singsong be-careful call of spotted deer, a sign that a predator is near—the sleek family bounds weightlessly across the woodland floor, affected by massive teak leaves. A few wordless hand gestures are exchanged among the manual in a neighboring jeep earlier than our car makes a speedy U-turn inside the opposite course.

No tiger—but. However, we are dealt with a sambar deer sighting, who makes an appearance in The Jungle Book and is native to the area. The shaggy, hulking beast saunters through tall teak trees, and I’m baffled that its huge antlers don’t get stuck within the spindly lower branches. A few moments later, a set of silver langurs, Kipling’s lawless Bandar-log, appear unfazed as our jeep slows down beside them and our digital camera shutters be a part of the din of their chatter. The morning is warming up, and it’s time to interrupt for a picnic lunch earlier than returning to the lodge to wait out the freshest part of the day in its glassy pool.

As the afternoon’s sweltering warmth subsides, we tool up on mountain motorcycles and head out alongside the sandy trails of the park’s buffer region. A safari on two wheels brings you lots towards nature. As the wake of our bikes rises in dusty plumes, I feel like I should attain out and run my fingers alongside the backs of the macaques and spotted deer that dot the woodland’s edge. A twisted white ghost tree rises to greet us from the facet of the road, a specter from some darkish fairy tale. Spider webs the size of blankets billow, sparkle among branches in the wind, and the same heat air brushes past my cheeks.

“Keep your eye open for stripes,” says Chinmay, devoid of all sarcasm. The idea of seeing a tiger this close, with not anything between us, however, a motorbike—an exciting and terrifying prospect—sends a sit back down my spine. Chinmay spots a big footprint inside the sand, and all of us forestall to gawk at its size and precision. “This becomes made currently,” he says. Kipling’s antagonist nonetheless eludes us, but the sport of difficult-to-get is becoming a part of the magic.